Tag Archives: US Crime Statistics for 2016 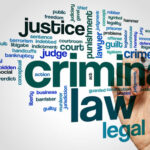 FBI Releases US Crime Statistics for 2016

On Sept. 25, the Federal Bureau of Investigations (FBI) released the 2016 crime statistics from across the country. The data showed the estimated number of violent crimes rose for the second year in a row, increasing 4.1 percent in 2016. The estimated violent crime rate was 386.3 offenses per 100,000 individuals, which was 3.4… Read More »