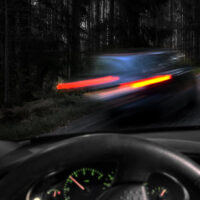 The Fourth District Court of Appeals in Florida recently determined that law enforcement agencies need a warrant to retrieve and download information from a vehicle’s “black box.” These types of digital recorders, also known an event data recorders or modules, are no longer just for planes. Commercial trucks gained them in recent years and now many everyday family vehicles have them as well. They can hold a considerable amount of information regarding a vehicle and the driver’s behavior, which is why law enforcement and prosecutors want to use them in cases regarding negligent, reckless, or intentionally harmful driving.

The question of whether the police needed a warrant to download, review, and use the data from this device arose in a case against Charles Worsham Jr., who was charged with DUI manslaughter and vehicular homicide after his passenger died in a crash. On appeal, the court determined that this data could not be used unless it was obtained through a valid warrant.

How a Vehicle’s Black Box Can be Used

In the case against Worsham, the police downloaded the information from his Fiat’s sensing and diagnostic module without a warrant. They then attempted to use the information regarding the vehicle’s speed at the time of the crash stored on this module at trial. Speed is often a relevant factor as to whether a driver was negligent or reckless, yet this is only one way in which the black box’s data can be used. The black box has a great deal of other data than can demonstrate poor driving. It can show:

The Florida appellate court found a vehicle’s black box was covered by the U.S. Constitution’s Fourth Amendment, which protects people from unreasonable searches and seizures. Over time, courts have found people are protected by this amendment in places and devices in which they have a reasonable expectation of privacy, such as their homes, vehicles, and cell phones. The Florida appellate court determined that drivers also had a reasonable expectation of privacy regarding the information stored in their vehicle’s black boxes.

“Extracting and interpreting the information from a car’s black box is not like putting a car on a lift and examining the brakes or tires,” stated the majority opinion by Judge Robert Gross. “Because the recorded data is not exposed to the public, and because the stored data is so difficult to extract and interpret, we hold there is a reasonable expectation of privacy in that information, protected by the Fourth Amendment, which required law enforcement in the absence of exigent circumstances to obtain a warrant.’’

Why This Matters to Florida Defendants

How a vehicle’s black box can be used in criminal cases is a question that will come up more and more. It is a relatively new technology and courts will have to determine how the police can handle it, including whether or not it can be freely accessed during an investigation or whether the police need a warrant. This case gives defendants and their attorneys a basis for arguing that a vehicle’s digital information cannot be obtained by the police without their obtaining a valid search warrant. This could help individuals charged with DUIs, vehicular manslaughter, and other vehicle-related crimes limit the evidence used against them.

If you are facing criminal charges for a vehicle-related crime and you believe the police have accessed your vehicle’s black box, contact the Kissimmee criminal defense lawyers of Salazar & Kelly Law Group, P.A. 407-483-0500.