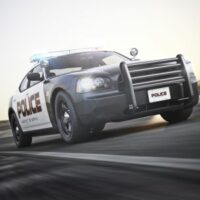 When is it a good idea to try to flee from the police?  Statistics tell us that roughly one out of every three fatal police shootings involve individuals who were trying to dodge an arrest.  Surely, an arrest would be a better outcome than a shot in the back or similar fatal maneuver.

When is Deadly Force Justified?

Without a doubt, deadly force is an alternative to which police must resort in certain situations.  The well-being of officers is of significant value, and when their lives are in peril because a suspect is posing a proximate threat of serious bodily harm to that officer or to another individual, deadly force is justified in most people’s books.  What about situations when a suspect is fleeing?  If that suspect is believed to have committed a dangerous felony resulting in serious injuries, deadly force is also justified according to law.

The Officer’s State of Mind

The Supreme Court has provided yet more latitude to officers involved in fatal incidents in recent decades, ruling that an officer’s state of mind and degree of fear during a high-risk event must be weighed in determining whether or not the use of force was justified.  That translates to mean that when an officer believes a suspect was reaching for a weapon, it may justify the use of force.  Even when a weapon is not discovered after the shooting, the incident may be ruled as justified. As hard as it may be to accept—an unarmed suspect may be shot dead even though there was absolutely no threat.

Predictably, Black and brown individuals who flee police encounters are killed at disproportionately high rates. To wit: the disquieting fact is that Black people who are escaping on foot make up as many as half of all fatalities involving victims who are killed while on the run, despite comprising a mere 13 percent of the population.

The truth is, police officers who are involved in fatal shootings are generally exonerated, and go on to advance their careers with little or no penalty.  Meanwhile, communities are left speculating about who will be next.  If you or a loved one has been arrested or has suffered an altercation with police, the stalwart and resolute Kissimmee criminal defense lawyers at Salazar & Kelly Law Group, P.A. are prepared to help. Schedule a confidential consultation today.