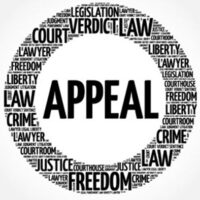 Let’s say you’ve had a run-in with the law.  The judge threw the book at you, and you’re looking at serious time behind bars.  Is there any alternative to spending the coming months and years incarcerated?  Does your conviction remove all hope for the immediate future?  Perhaps it’s time to consider working with an attorney who is experienced in appeals.

Do You Deserve Another Chance?

When the courts mete out overly punitive sentences, sometimes the only recourse is to seek justice through an appeal.  We all know that the legal system is composed of people—and people can make mistakes.  Whether there were flaws made by your former attorney or a judge’s ruling was in err, if the mistakes were grave enough to result in a miscarriage of justice, an appeal is worth the time and expense to rectify the outcome.

Court appeals are an extremely complex and technical matter, requiring the meticulous work of committed defense attorneys who know what to look for and how to unravel a courtroom scenario that unfolded with serious consequences that are not justified by the facts of the case.  They can occur as appeals de novo, in District Courts of Appeal, and all the way in the Florida Supreme Court.

Have You Been Cheated in a Court of Law?

If you truly believe there has been a miscarriage of justice, now is the time to start working on an appeal.  At Salazar & Kelly Law Group, P.A., we have the determination and talent to see this through.  Contact our Kissimmee criminal attorneys for a confidential consultation today.

By Salazar & Kelly Law Group, P.A. | Posted on September 10, 2021
« How Reliable Is Facial Recognition Technology?
Good News For People Injured Due To Malpractice »