Good News For People Injured Due To Malpractice 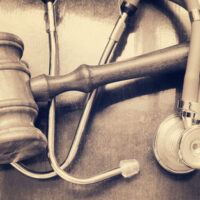 You go to the hospital expecting medical professionals to care for you with concern, dignity, and, above all else, professional skill and aptitude.  When you come out with greater injuries than you went in with due to negligence and ineptitude, your only recourse is to sue for damages.  In Florida, that prospect just got a whole lot better for victims of medical malpractice.

How does Florida Define Malpractice?

Medical malpractice in the Sunshine State occurs when negligence is the root cause of a patient’s injury. Essentially, it means that the level of care provided fell short of what a reasonable person would have provided in a similar situation, that the negligence led to demonstrable injury, and that monetary loss and/or non-economic damage resulted. To be sure, not every medical misfortune constitutes malpractice.  Some of the most common issues that result in malpractice suits include:

Since 2003 the Florida legislature has maintained that medical malpractice suits must have caps on damages for pain and suffering, partly based on the idea that there was a crisis in the medical malpractice insurance world.  That recently changed, however, when the Supreme Court here in Florida ruled that such caps are unconstitutional. A majority of the Court found that the caps were in violation of equal-protection rights guaranteed to consumers of medical care. Furthermore, the Court determined that no such crisis justifying the original placement of caps exists, negating the argument central to the Legislature’s original rulemaking.

The Florida Comprehensive Medical Malpractice Reform Act was enacted by the legislature in an effort to reduce the number of frivolous malpractice lawsuits, bring down the costs of malpractice insurance for medical personnel, and encourage plaintiffs to settle out of court.  One step toward accomplishing these goals was to set a two-year statute of limitations on such claims for adult victims of medical malpractice.  The statute of repose stands at four-years, with a seven-year cap on cases involving practitioners/organizations who misrepresented or tried to cover up the acts of negligence.

If you have been the victim of medical malpractice, you may be feeling disheartened as you strive to recover from the physical and emotional devastation.  But you do have recourse: a lawsuit that could possibly result in significant damages to address your suffering.  To discuss the possibilities, contact the experienced Kissimmee medical malpractice attorneys at Salazar & Kelly Law Group, P.A. today.