Can DNA Evidence be Trusted? 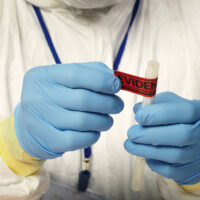 When a defendant’s guilt or innocence is in the balance, it is often DNA evidence that clinches a final verdict.  But the fact of the matter is, juries can be fooled by what is presented as irrefutable evidence.  An experienced criminal attorney knows how to challenge such evidence when it, in isolation, might otherwise swing a jury toward a finding of guilt.

When DNA Evidence is Reliable

In order for such evidence to be considered credible, it must meet three key criteria:

Because the science behind DNA matching is so complex, errors are, indeed, possible.  Many people may not realize that crime labs focus primarily on just 14 locations on the human genome. An electropherogram measures spikes on the pair of alleles there, in search of a match with crime scene collections.  With imperfect crime scenes and deteriorating samples, it can be quite difficult to obtain perfect matches.

Even when samples are correctly gathered, stored, and processed, it is not uncommon for samples to be misinterpreted. One lab in Texas, for example, was found to have routinely made mistakes in their conclusions.  Before the lab problems were revealed through independent testing, a number of innocent people were facing serious consequences based on lab technicians’ erroneous conclusions.  One might surmise that the science of DNA matching can be only as good as the people who work with it.  That includes everyone from the crime scene detectives and technicians to the processing personnel and lab employees.

Even when there is a match, we’ve recently learned that DNA can travel to a scene that its owner has never been.  That’s right: just because a person’s DNA shows up at a scene, it does not necessarily mean that the person was ever there.  This is because human cells are constantly being shed, and may wind up traveling on items that a person has come into contact with. In other situations, a person’s DNA may have been present at a scene for days, weeks, or months prior, and there is simply no way for scientists to determine how long it has been there.

Finally, the language used to describe DNA testing can be used to convince a jury of dubious conclusions. One might say the DNA evidence “does not exclude” a defendant, making it seem likely the defendant is guilty. Likewise, one could state that the DNA evidence “is consistent with” one’s presence at a crime scene, even though it is not proof of such.  Misleading statements like these can be used to point guilt toward innocent defendants.

It is no doubt healthy to be somewhat skeptical about DNA profiling for a number of reasons.  At the Salazar & Kelly Law Group, P.A., our Kissimmee criminal attorneys never accept lab conclusions as fact without strenuously examining other explanations.  If you are looking for an aggressive defense, contact our office today.  The initial consultation is free and confidential.