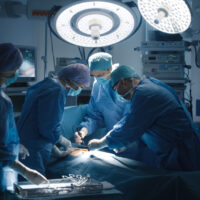 What could be worse than watching your child suffer with overwhelming health issues that seem to have spiraling complications?  Perhaps having trusted physicians and medical personnel fail you in their promise to provide reliable care is the only thing that could make matters more untenable.  At Johns Hopkins All Children’s Hospital, that is exactly what happened to nearly a dozen families.

A spokesman for the hospital admitted that the number of serious complications, including ruptures and sepsis, as well as fatalities, had risen dramatically in recent months, as regulators stipulated that comprehensive changes be enacted before further heart surgeries are undertaken.  In fact, the fatality rate at All Children’s was higher than any other Florida facility experienced in at least a decade. Some of the most egregious issues include:

Problems at the Hospital

According to National Nurses United, bedside nurses have been alarmed by problems at the hospital for some time.  They claim that health care workers are systematically silenced in a number of ways when they attempt to advocate for patients in ways that buck the system.  While they attempted to promote patient safety by protesting inadequate supplies and staffing or unreliable equipment, administrators ignored them and made them feel vulnerable to attacks.

Johns Hopkins has taken responsibility for these and other tragedies, and is in negotiations to compensate families for them, already having paid out on some.  Determining the amount of a settlement is based on a number of factors, including:

Frequently, children who become profoundly disabled require significant support for a lifetime, costing millions of dollars.  But even in the case of child fatalities, settlements can and do reach into the millions.

While no amount of money could ever begin to make up for medical malpractice that takes the health or life of your child, securing a major settlement against reckless medical providers will send a message that their malpractice errors will not be tolerated in Florida.  To learn about your rights and explore the possibilities moving forward, schedule a free, confidential consultation with the empathetic and aggressive Kissimmee medical malpractice attorneys at Salazar & Kelly Law Group, P.A. in our office today.