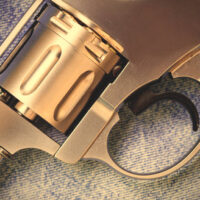 Around 7:15 a.m. on December 1, police received reports that Ricardo Delgado drove a Chevrolet Camaro through Kissimmee, pointing a gun at other drivers in order to weave through traffic while a young girl sat in the backseat, WKMG reported. The police located Delgado and his vehicle near the scene, which was within 1,000 feet of the child’s day care center. Upon arrest, the police found a handgun and marijuana in the Camaro. Delgado now faces nine separate criminal offenses, four of which are related to his possession and use of the firearm.

Firearm Offenses Related to the Incident

Delgado has been charged with four offenses related to having and inappropriately using a gun – all of which could lead to hefty fines, jail time, and other serious consequences. These offenses and their penalties include:

A Kissimmee Criminal Lawyer Is Here to Help

When individuals face such a tough situation, it is important to work with experienced criminal defense attorneys who can not only build a strong defense, but strategize a way to minimize the consequences of conviction on one or more counts. The Kissimmee criminal lawyers of Salazar & Kelly Law Group, P.A. are prepared to aggressively defend their clients in court and fight for what is right and fair. Call us today at 407-483-0500 to schedule a consultation with an attorney.