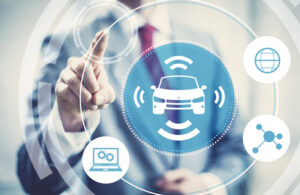 As technology has skyrocketed in recent years, it has predictably filtered down to the American fascination with bigger and better vehicles. The advent of the self-driving vehicle has already occurred, and some drivers have embraced this trend. One such driver, Joshua Brown of Canton, Ohio, recently was killed in his Tesla Model S, which featured a self-driving mode that Brown often displayed in a series of YouTube videos. Brown reportedly hit a tractor-trailer while driving the Tesla on the Autopilot system in the state of Florida. In response, the National Highway Traffic Safety Administration (NHTSA) has announced an investigation into the design and operation of the Autopilot system.

The Facts Surrounding the Tesla Crash

Brown was the 40-year-old owner of a technology company who often utilized the Autopilot system of his Tesla Model S. On May 7, 2016, Brown drove into a tractor-trailer, allegedly while the vehicle was in Autopilot mode. Reportedly, the Tesla’s cameras were unable to distinguish the brightly lit sky from the white side of a turning tractor-trailer, and the vehicle did not automatically activate its braking system. Theoretically, the vehicle’s radar system also should have spotted the trailer, but did not do so. The Tesla contains a “black box” that indicates if a vehicle was in self-driving mode at a particular moment in time, which helped determine the cause of this accident.

Brown also did not engage the manual braking system of the vehicle at time prior to or during the crash. The situation is further complicated by the fact that Brown’s six speeding tickets over the last eight years support the report that Brown was a daredevil who liked to travel at high speeds and take risks. Another report that Brown was displaying a Harry Potter movie on the vehicle’s television screen at the time of the crash and the presence of a portable DVD player in the vehicle also helps support the conclusion that the Autopilot system might not be solely to blame for the fatal crash.

Ironically, NHTSA was expected to announce new rules and guidelines for self-driving vehicles within the next month or so. NHTSA Administrator Mark Rosekind has touted the potential lifesaving benefits of self-driving vehicles, claiming that the vehicles could eliminate the human errors that are estimated to result in 94% of American motor vehicle fatalities. In light of Brown’s fatal accident, NHTSA may slow down or even halt this announcement. Other critics are skeptical of Rosekind’s claims, stating that to expect these vehicles to be defect-free is unreasonable, and that crashes will still occur until researchers are able to perfect the technology behind the vehicles’ capabilities.

Whether an auto crash involves a self-driving car or a more common type of vehicle, the resulting injuries can be extremely severe. If you or a loved one is in this situation, you know how difficult it can be. Between worries about medical bills, your ability to help support your family, and the physical pain that you are experiencing, you and your family are likely to be under a significant amount of stress. We want to be there for you, not only to advocate on your behalf, but to provide the legal support that you need in this situation. If another person acted in a negligent manner to cause the accident that led to your injuries, you may be entitled to compensation to help you with your expenses. Schedule an appointment with the Salazar & Kelly Law Group, P.A. today, and let us explore your potential personal injury claim.