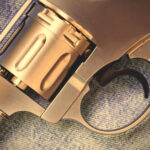 Around 7:15 a.m. on December 1, police received reports that Ricardo Delgado drove a Chevrolet Camaro through Kissimmee, pointing a gun at other drivers in order to weave through traffic while a young girl sat in the backseat, WKMG reported. The police located Delgado and his vehicle near the scene, which was within 1,000… Read More »

What Happens if I Violate My Probation in the State of Florida?