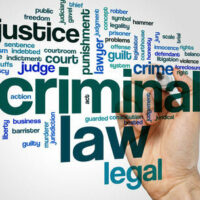 After a packed performance at the Coral Sky Amphitheatre, Chris Brown left the venue in handcuffs, arrested for an alleged April 2017 felony battery charge that had been hanging over his head since he was last here in Florida. Authorities have been holding off on charging Brown, since he’s been traveling for the past year. But immediately following the close of the July 2018 concert, police arrested the popular singer. Brown is accused of punching a photographer with a closed fist and fleeing a nightclub last summer. According to the victim, Bennie L. Vines, Brown was being photographed at an after-party venue and became irritated with Vines, ultimately sucker punching him. The ordeal was all caught on camera, and Brown was booked and released a year later after paying a bond of $2,000. Hearing his story may make you wonder, just what is the difference between assault charges and battery charges? And if you’re involved in an altercation, what can you expect from a legal standpoint? A local Kissimmee attorney who specializes in such cases can answer all of your questions.

Battery or Assault? What’s the Difference?

There is a clear difference between battery– Section 784.03(1)(a)– and assault –Section 784.011(1)– under Florida law. Battery involves actual physical contact in a violent way. Punching, slapping, kicking, and other acts of intentional physical contact could result in a charge of battery. On the other hand, assault is the mere threat of violence. Holding out a knife and threatening to stab someone, whether or not a stabbing actually occurs, could result in assault charges, if it was clear that one had the intent and ability to follow through on the threat and caused a real fear that violence was just moments away from fruition.

A threat of violence is clearly less serious than actual violence, so the consequences for assault are less harsh than those for battery.

If the battery or assault occurred between co-habitants, relatives or former relatives as defined by Florida statute Section 741.28, it can result in a no-contact provision, and a conviction may mean the offender can no longer possess a firearm or ammunition.

In some situations, when individuals engage in mutual fighting, or an affray, it might not lead to more serious charges because the threats and/or physical contact was mutual.

Any charges related to threats and violence will be subject to serious consequences upon conviction. If you are facing accusations of assault and/or battery, it is important to get knowledgeable, experienced legal guidance immediately. The talented team at the Salazar & Kelly Law Group, P.A. will investigate the matter, and provide the best legal defense possible.  Contact us today for a free, confidential consultation.