Excessive Police Use of Force? 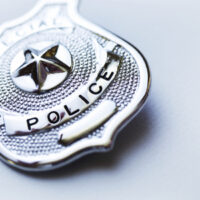 Serve and protect:  that is the mantra we hear from policing organizations across America.  Nevertheless, use of force policies and actions by law enforcement officers have again been hurtled to the forefront of public discussion, bubbling out of repeated police incidents that have led to the harm or death of citizens across the country.  This time, another black man, George Floyd, was killed after officers ignored his pleas for relief from restraint.  It was one more example of police use of force that highlights the concerns of citizens across the country.  If you or a loved one has suffered excessive force at the hands of law enforcement, an experienced local attorney should be consulted with immediately.

Minnesota police were called to a grocery store, with reports that Floyd was using counterfeit money.  Police claim that Floyd resisted arrest; video recordings show one officer with his knee on Floyd’s neck with others restraining other parts of his body. As Floyd cried out that he could not breathe, surrounding officers did nothing.  Within just minutes, Floyd was dead. Two different autopsies list the cause of death as homicide.

The New Yorker responded with this summary of the situation:

The video of Floyd’s death is horrific but not surprising; terrible but not unusual, depicting a kind of incident that is periodically reënacted in the United States.

Public outrage indicates that this inevitability is no longer acceptable. After centuries of violence against black men and boys, including the Tulsa Race Massacre in 1921 and the countless instances before that, and climaxing in a number of issues in various states in recent years, public outcry has demanded action against officers in the George Floyd case.

Police are tasked with protecting society from dangerous criminals. There is no question as to whether or not that requires split-second decision making in treacherous situations.  Officers must ask themselves, Were these individuals posing a threat to society?  Was the response appropriate for the circumstances?  Was officer safety a concern?  These questions, and others, are all worthy of serious contemplation.  Johns Hopkins Police Department (JHPD) notes that force is sometimes required on the job, such as when a suspect is trying to harm or kill someone.  When a person resists arrest, officers sometimes must use unpleasant tactics in order to subdue a suspect.  But how far does that go?

Florida Statutes rely on an officer’s reasonable perceptions with regard to the situations in which an officer’s justifiable use of force may occur:

When law enforcement officers utilize force that is not reasonable, it may be considered excessive. This may include actions such as those seen in Minnesota recently, where an officer placed a knee on the neck of a suspect for nearly 9 minutes.  Other behaviors that may be at issue include punching, choking, kicking, and other aggressive acts that are unnecessary and unreasonable.

Deadly force, under Florida statutes, may be used in the commission of an officer’s duty, and is generally defined as shooting a firearm in the direction of a person or vehicle in the course of an arrest.  The use of a stun gun or other similar weapon would not constitute the use of deadly force in Florida.

Holding police departments accountable when officers cross the line from appropriate to excessive use of force is essential in moving America forward.  At the Salazar & Kelly & Kelly Law Group, P.A., our Kissimmee personal injury attorneys are dedicated to finding justice for those who have experienced personal harm at the hands of law enforcement.  If you have concerns about a local police incident, contact our office for a free, confidential consultation today.