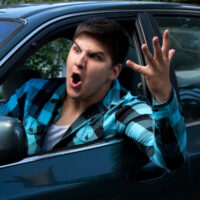 If you’ve ever lost your cool while behind the wheel, you’re not alone.  A 2020 survey indicates that nearly 20 percent of Americans have felt “intense aggression” at some point while driving. Feeling frustration is one thing, but acting on it in dangerous ways is another.  If you or a loved one are the victim of a road rage incident, It may be worthwhile to contact a local personal injury/wrongful death attorney going forward.

Florida is not exempt from angry drivers.  In fact, the state leads the nation in road rage incidents, with a more than 70 percent rise in such events over a 3-year timeframe.  In some cases, the consequences of anger on the road are virtually incalculable.  Across the country, 82 percent of drivers say they have actually participated in aggressive driving in response to feelings of rage while behind the wheel.  Here in the Sunshine State, some recent incidents illustrate just how dangerous unbridled anger can be while driving:

What Can you do to Avoid Angering Drivers?

What is it that gets people so riled up on the road?  While outside factors often influence a driver’s mood, certain behaviors on the road have been noted as particularly irksome:

While it’s certainly true that there is never a good excuse for dangerous behavior on the road, every driver should be aware of driving behaviors that may elicit rage from other motorists.  Avoiding these behaviors could literally save your life.

In the Aftermath of Road Rage

If you or a family member has suffered serious harm due to another motorist’s road rage, having the aggressive and knowledgeable Kissimmee car accident attorneys at the Salazar & Kelly Law Group, P.A. on your side can bring you the justice you deserve. Schedule a free consultation today.

By Salazar & Kelly Law Group, P.A. | Posted on August 14, 2020
« Excessive Police Use of Force?
Vandalism Charges can be Serious »