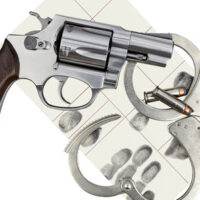 Every year the Florida legislature debates proposed bills that might expand or limit lawful gun owners’ rights within the state. This year, many of the proposed bills have to do with expanding where an individual can openly or concealed carry a firearm. If you are currently or potentially a gun owner in Florida, it is important to keep up to date with how your rights may change by the middle or end of the year. If you are charged with violating a current (or new) gun-related law, you could be facing a felony that would revoke your right to own a gun entirely. You should work with a Kissimmee criminal defense lawyer from Salazar & Kelly Law Group, P.A. to learn about your rights during the criminal process and how to best defend yourself.

Here are a few of the bills Florida lawmakers may consider this year:

It is not uncommon for states to amend gun laws from year to year. However, some of these proposed bills would lead to major changes for individuals. If you charged with a firearm-related crime, contacted the experienced Kissimmee criminal defense lawyers of Salazar & Kelly Law Group, P.A. at 407-483-0500.