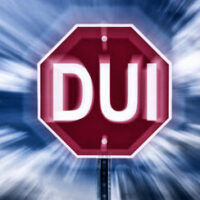 In early May, a Kissimmee firefighter was arrested for driving under the influence (DUI) with a child in the car. Samantha Lopez, 37, was stopped by a police officer after that officer witnessed her nearly causing multiple accidents on Eudora Road prior to pulling into a Walmart parking lot. According to initial reports, Lopez admitted to the officer that she had had a glass of wine prior to driving, and had pulled over for her ex-husband to come pick her up. The officer noticed signs of inebriation, including slurred speech, glassy eyes, and trouble balancing. After Lopez failed a field sobriety test, the officer arrested her. Upon searching her vehicle, the police found four small bottles of wine throughout the vehicle, two empty and two unopened. Lopez’s blood alcohol level (BAC) was measured at 0.182 percent.

In addition to the current, Lopez did not have a valid license to drive. She had been arrested and charged with a DUI on March 24. During the first incident, Lopez was accused of rear-ending another vehicle and having a BAC of .204 percent. Because of this, Lopez has been charged with a second DUI offense and violating driver’s license restrictions.

Consequences of a Florida DUI

Lopez now faces a tough set of circumstances, being charged with two recent DUIs and driving illegally. The fact that she had a young child in the car and both times exhibited a high BAC could add to the consequences of a DUI conviction.

For her first offense with a BAC above .15 percent, Lopez could lose her license for up to 1 year, be sentenced to up to 9 months in jail, and fined up to $2,000. For her second DUI with a high BAC within 5 years of her first conviction, she could lose her license for a minimum of 5 years or permanently, be sentenced to 1 year in jail, and fined up to $4,000.

Lopez faces additional punishments including DUI school and alcohol treatment, community service, and other fines. While she may not spend the maximum amount of time in jail, she will have to fulfill a period of probation. During this time, she will have to remain alcohol free and check in with a probation officer. If she fails to complete an element of probation or her other punishments, this violation could lead to an additional criminal charge.

Fighting a DUI With the Help of an Attorney

While it may be easy to judge drivers like Lopez, it is better to take a closer look at the situation and ask what drivers like her need to avoid making mistakes like this in the future. Everyone is capable of an error in judgement, which is even more likely if someone is suffering from an alcohol abuse disorder.

What many individuals caught driving while intoxicated need is counseling and treatment, not a considerable amount of jail time. That is why at Salazar & Kelly Law Group, P.A. in Kissimmee, we will fight for a driver’s right to prove their innocence or mitigate the consequences of a DUI conviction. We can help you seek alternatives to traditional punishments and get help for addiction issues. To learn more, call us at 407-483-0500.