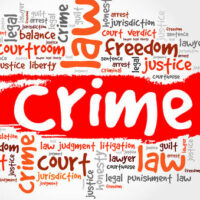 Last year, Caroline Quiles Sánchez’s three-month-old son died due to a fentanyl overdose. The Kissimmee Police determined a member of Quiles Sánchez’s household lawfully used fentanyl patches for pain relief. Fentanyl is a powerful synthetic opioid. It is a Schedule II prescription drug, known to be up to 100 times more powerful than morphine, and used to treat severe pain. The police believe Quiles Sánchez intentionally put one of the fentanyl patches in her infant son’s mouth. The child then died of a fentanyl overdose.

Three-Month-Old One of the Youngest Opioid Victims

An autopsy revealed the infant had 19.6 nanograms of fentanyl per milliliter of blood in his system. Adults can overdose on far less. This and other factors led Child Protective Services (CPS) to investigate the infant’s death. The agency determined a member of the household must have been responsible for the overdose. It was too unlikely that the baby could have ingested a fatal amount of fentanyl himself since he was not yet mobile.

An arrest was not made right away because the Kissimmee police stated they did not have enough probable cause. However, this July, Kissimmee detectives flew to Puerto Rico where Quiles Sánchez has been staying since shortly after her son’s death to arrest her and charged her with manslaughter.

Under Florida law, manslaughter is the killing of a human being by the act, procurement, or culpable negligence of another, without lawful justification like self-defense. Manslaughter, under Florida Statute 782.07, is often charged as a second-degree felony. However, since the victim was a minor, it is possible for Quiles Sánchez to face charges for aggravated manslaughter of a child, which would be a first-degree felony.

Facing a manslaughter charge is an intimidating and frightening situation. Manslaughter, no matter the mitigating circumstances, will be charged as a felony and likely lead to more than a decade in prison. It could also lead to life behind bars. However, there are ways to defend against allegations of manslaughter, including:

If you have been charged with manslaughter or another violent crime in Florida, do not hesitate to seek out legal advice and an aggressive defense. At Salazar & Kelly Law Group, P.A., we are ready to review your situation and determine your best defense strategy. We may focus on proving your innocence in court or in negotiating the most advantageous terms in a plea deal. It depends on the circumstances of your case, your needs, and your desires. Call us today at 407-483-0500 to schedule a consultation and learn more about your options.