Pile-Ups on the Road 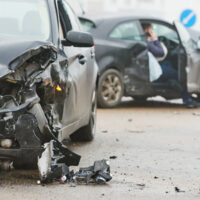 A four-car collision near Disney World took four lives, ranging from age 5 to age 76.  The senseless loss of life occurred when a truck smashed into a van that was slowing due to traffic congestion.  The collision caused the van to flip over, killing four individuals inside.  The tragedy brings to mind the transience of life, and reminds us how quickly an uneventful day can become cataclysmic.  If you happen to encounter such a day, having an aggressive legal team on your side can be a great comfort.

Florida has an extensive history with serious pileups.  Consider the following:

Many factors may contribute to pileups here in Florida.  Some key issues of concern include:

Are you a Victim?

While some pileups cannot be pinned on a particular driver, oftentimes driver error does result in such collisions, resulting in serious injuries or death.  If you or a loved one has been the victim of such an incident, the Kissimmee personal injury attorneys at the Salazar & Kelly Law Group, P.A. can help.  Contact our office to schedule a free, confidential consultation today.