Prescription Writing That Is Problematic 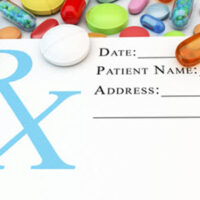 Patients seek medical care in hopes of improving their medical conditions.  They do this trusting that the physician who diagnoses and treats them has their best interests at heart.  But negligent or self-serving physicians write out prescriptions that lead to serious complications and even death every single day in this country.  When that happens, patients would be wise to seek the assistance of a local personal injury attorney.

Although the population has increased by only about 20 percent in the past few decades, prescription drug usage has increased by roughly 85 percent.  Equally startling is the fact that more than half of Americans take four prescriptions a day, and the number of Americans who take five or more prescriptions daily has increased by 300 percent in the last 20-30 years.  Among seniors, nearly one in ten take 10 or more medications each day.  While it’s true that drug companies have created more medicines to address a variety of conditions in recent years, one has to wonder: are we overdoing it when it comes to medication consumption?  Associated issues of concern include:

It’s bad enough that doctors sometimes get too busy to notice that what they’re prescribing could have potentially deleterious effects on patients. But there are other issues with prescriptions, as well:

These issues each have the potential to wreak havoc on various body systems, from the circulatory system, to the central nervous system, from the respiratory system to the digestive system, and more.

How Serious is the Issue?

More than a million people were rushed to emergency rooms as a result of dangerous drug interactions during the period studied, and one in ten of those people died as a result of complications of that drug interaction.  At least half of those visits to the ER, and half of the associated fatalities, could have been prevented with better monitoring and dispersal of patient’s medications.

After a Prescription Drug Problem

If you or a loved one has suffered serious impacts due to prescription errors, you need an advocate who understands the legal consequences of such errors fighting for your rights.  At the Salazar & Kelly Law Group, P.A, our Kissimmee personal injury attorneys will go to battle on your behalf.  Schedule a confidential consultation in our office today.

By Salazar & Kelly Law Group, P.A. | Posted on January 11, 2022
« When Drivers Throw Caution To The Wind Near School Bus Stops
Can You Be Charged With Kidnapping Your Own Children? »