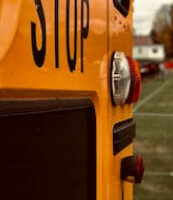 Sending kids to school on the yellow school bus is iconic American life, whether you live in the big city, a suburb, or on a country road. But recent months have seen an escalation in the number and severity of accidents involving children while awaiting and/or boarding school buses, leading devastated family members to ask, what’s next? A local attorney may be your avenue to justice in this situation.

Florida statute 316.172 is clear regarding drivers’ responsibilities around school buses:

Despite legal requirements, bus stops are the cite of tragedy far too often in the United States.

The list of accidents that have occurred in recent months has led to countless  broken hearts across the country. Just a few include:

Naturally, it would be ideal if every driver who passed a school bus stop was alert to the children in the vicinity. Unfortunately, that is not always the case. Despite the dangers associated with bus stops, riding the bus is reportedly 70 times safer than taking a personal vehicle. Nonetheless, any accident at the bus stop is unacceptable. What can parents do to help keep kids safe? The Suffolk Transportation Services director of safety and training suggested a few things that might improve child safety at the bus stop. Parents should consider the following tips:

In the event your loved one is injured or killed by a careless driver while awaiting or boarding a school bus, contact the experienced and empathetic legal team at Salazar & Kelly Law Group, P.A. in Kissimmee, Orlando, or Altamonte Springs. The initial consultation is free and confidential.