Unleashed Dogs Are More Than A Nuisance 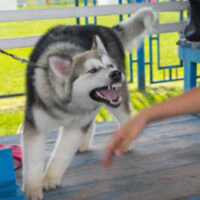 For many Americans, dogs are a part of the family.  We love them and enjoy them every bit as much as our kids (or, in some cases, more!)  But when dogs become aggressive, it can be devastating. A dog-loving Bradenton woman discovered just how vicious an off leash Great Dane could be when it attacked her two Pomeranians one sunny day at Palma Sola Causeway.

The Great Dane lunged at the tiny Pomeranians, tossing them like so much fluff.  Their owner, Lesly Levy, screamed for help as she tried to save her beloved dogs, but only managed to get bitten herself in the process.  Too wounded to survive, her two Pomeranians were ultimately cremated. Levy suffered multiple wounds on her hands, but nothing compared to her broken heart.  To make matters worse, the owners of the attack dog absconded with nary a word of concern before police arrived.

Sadly, Levy’s experience was not uncommon.  Florida, in fact, ranks second in the country for dog bites. Nationwide, 2020 saw about 17,000 injury claims related to dog attacks, costing over $850 million in insurance claims. Here in Florida, insurance companies paid out nearly $70 million in claims related to over 1,200 dog bites last year alone. On average, claims amounted to $55,000.  But as we all know, money cannot replace a lost loved one, soothe one’s wounds, or repair the emotional damage that comes as a result of an animal attack.

In Florida, a dog owner can be held both civilly and criminally liable for their dog’s actions, even if the animal had not shown signs of aggression previously. Furthermore, victims are not required to prove negligence on the part of the pet owner if the attack occurred in a public space or on private property they lawfully occupied.

In the event a dog has a violent or aggressive history, it may be declared a “dangerous dog.”  Under Florida statute, owners are required to register the dog and keep it secured and harnessed or muzzled, and warning signs stating “Bad Dog” must be prominently posted. To qualify as a dangerous dog, the animal must have been involved in a bite or attack of another person or animal or even been in an unprovoked, aggressive chase.

After a Dog Attack

Have you or a loved one been the victim of a malicious dog attack?  Assuming you were not tormenting or abusing the animal or crossing onto someone’s property illegally, you may have grounds for a personal injury case against the animal’s owner.  At the Salazar & Kelly Law Group, our experienced Kissimmee dog bite attorneys are all too familiar with these situations, and understand the financial, emotional, and physical costs of these incidents.  Contact us today for a confidential consultation in our office.