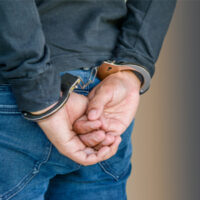 Bad behavior can lead to criminal charges, even for the rich and famous.  That’s what celebrity Nick Carter discovered after becoming involved in a bar fight in Monroe County in August 2020.  It seems the singer and his friend showed up drunk to the Key West bar.  They were refused service and were asked to leave, and Carter responded by choking the bouncer.  That led to his arrest and a misdemeanor battery charge.  If you’ve found yourself in similar straits, a local criminal attorney is what you need now more than ever.

While charges of assault involve the threat of harm, battery charges involve actual contact that has actually caused harm (Florida Statute 784.03).  Proving battery requires the prosecution to demonstrate that a defendant deliberately came into contact with or struck the victim without the victim’s consent.  Battery charges may come in a number of forms, with subsequently different penalties:

In some cases, defendants may be ordered to take assessments and/or classes to address behavioral issues.  This may include of the following:

In some cases, classes are ordered in lieu of a jail sentence.  An anger management class, for example, may be an effective intervention for offenders who have trouble reacting with explosive and/or uncontrollable rage when things don’t go according to their plans. While it is often a more appealing prospect than serving time behind bars, it does require a commitment.  Classes generally require 26 sessions, and stretch out over four months or more.  There are generally skills that are taught and that are expected to be practiced between classes in order to effect the desired changes.

If you’ve been charged with battery, you are looking at significant impacts to your time, reputation, and pocketbook.  At the Salazar & Kelly Law Group, P.A., our knowledgeable Kissimmee criminal lawyers have the experience and dedication to provide a strong defense for you.  Schedule a free, confidential consultation in our office today.