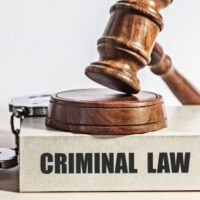 When Robert Earl Hayes was found guilty of rape and murder three decades ago, a big part of the case relied on DNA evidence. But back in 1990, the technology around DNA was new, and it was within just a few years that defense attorneys successfully had the conviction overturned based on what they called inconclusive, and essentially unreliable DNA evidence. What happened next was chilling to many.

Ecstatic in his newly delivered freedom, Hayes gloated to reporters that an innocent man had narrowly escaped a wrongful execution. The story was turned into a play and later a movie for Court TV.  But in 2020, startling facts came to life that proved Hayes had indeed been guilty of the murder and rape.

Hayes had trouble with the law again, and  had been imprisoned in New York after accepting a plea for manslaughter in a case involving the death of a female co-worker.  But the Innocence Project questioned the validity of the evidence against Hayes and took up an effort to exonerate the convict.  They asked the court to allow them to conduct DNA testing in the battle to free their client.

When the DNA results came back, instead of clearing Hayes in the new crimes, it was a clear match to the semen found in the vagina of the raped and murdered victim from the 1990 crime—a crime for which Hayes had been exonerated.

Because of the Constitutional ban on double jeopardy, Hayes cannot be retried for the 1990 crimes. The best the prosecution can do is to share the new information with the parole board in the hopes that they will refrain from releasing Hayes on parole after serving time for the current manslaughter conviction.

What is Double Jeopardy?

Double jeopardy is the prohibition of putting a person on trial a second time after being exonerated of a crime.  The Fifth Amendment is clear that once freed, a defendant cannot be brought back to court for essentially the same offense even if overwhelming evidence is available that would likely guarantee a conviction.  (The opposite situation—where the defense comes upon evidence that would likely clear a convicted criminal, is certainly possible through the appeals process).

Some Wiggle Room for Prosecutors…

The one exception of sorts to the double jeopardy rule occurs when both state and federal charges are filed for the same underlying crime.  Because federal and state governments are legal entities separate and distinct from one another, an individual cleared on federal charges could later be tried under the state umbrella, or vice versa. Additionally, an individual could be charged on counts related to the original charges in some situations.

The Importance of a Vigorous Defense

Clearly, the legal system has all kinds of convoluted rules that an adept prosecutor can use against a defendant.  By the same token, the experienced and aggressive criminal defense attorneys at Salazar & Kelly Law Group know how to use the law to achieve the best possible outcomes for our clients.  To discuss your criminal charges, schedule a confidential consultation with our Kissimmee criminal defense lawyers today.