Driving While High Can Get You Busted In Florida 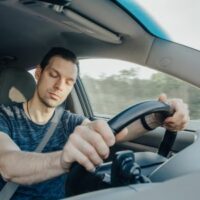 Although cannabis use is sanctioned in the state of Florida for medical purposes, we all know that there are plenty of people who used the drug recreationally, as well.  You should know that whether a person has a prescription or not, driving while under the influence of THC, the psychoactive ingredient in marijuana, can make one a danger to both themselves and others.  If you have experienced serious injuries as a result of someone driving while high, an experienced local personal injury attorney can help in the aftermath.

Many people believe that they are in complete control of themselves despite having recently consumed marijuana in one of its many forms.  Research indicates that operating a motor vehicle, however, is a terrible decision while high for a number of reasons:

The obvious dangers of driving with such limitations are clear: accidents that could harm the driver, as well as innocent people, are certainly more likely than for drivers who are not experiencing impairments.

In addition to the serious risk of harm, driving while impaired by marijuana could result in getting a DUI.  That means drivers could be stuck with fines, the revocation of their driver’s license, and even time behind bars. It’s possible an individual could be ordered to take classes or do community service as well. Certainly, accidents resulting in property damage, injuries, or fatalities have greater consequences for the driver. Unfortunately, none of those consequences can erase the damage done to others. But there is something to be said for the possibility of financial compensation for victims of an impaired driver.

Again, if a driver is impaired due to cannabis use they are liable for damages.  This is true whether they have a legal medical card, whether they live in a municipality where cannabis has been decriminalized, or whether they are using the substance illegally.  What does that mean for victims of accidents?  It means victims have some legal recourse in the form of a personal injury lawsuit.  Through such action, it may be possible to recover damages to address medical expenses related to the incident, lost present and future wages, pain and suffering, and more.

You Need an Advocate

At Salazar & Kelly Law Group, P.A., our Kissimmee personal injury lawyers are committed to achieving the best possible outcomes for our clients.  If you have been injured due to an impaired driver’s risky and careless decisions, schedule a confidential consultation in our office today.