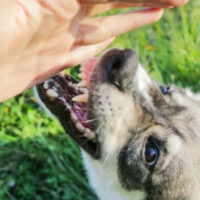 What could be more terrifying than to be attacked by a vicious dog?  It’s something that occurs more often than you’d think right here in Florida.  If you have been the victim of a dog attack, a Kissimmee dog bite attorney can help you with the next steps.

The number of people who are hospitalized following a dog attack is astounding:  more than six hundred victims require extensive medical treatment related to dog bites throughout the state annually.  Two of them die in a typical year.

Across the country, nearly 5 million people suffer from injuries related to bites, with 370,000 of them requiring emergency room services.  Here’s what we know about these attacks:

While the numbers are hair-raising, it is important to remember that every incident involves real people who suffer real consequences:

Why does a dog typically go after someone so aggressively?  The reasons can be difficult to predict, but experts point to some key issues:

Breeds Linked to Most Attacks

While any dog may become violent, certain breeds are involved in more attacks than others. Topping the list of aggressive animals are Chihuahuas, Bulldogs, Pit Bulls, and German Shepherds.  In most instances, these animals have not been spayed or neutered.

Avoiding confrontations with aggressive dogs is not something we generally consider in our day-to-day lives, but maybe it’s something worth thinking about.  Some suggestions to ward off attacks include:

If you or a loved one has suffered serious injuries following a dog attack, the physical and emotional recovery ahead may seem daunting.  At the Salazar & Kelly Law Group, P.A., our experienced legal team can help you address the legal issues and seek compensation to deal with medical costs, emotional distress, and more.  Contact us in Kissimmee today for a confidential consultation.