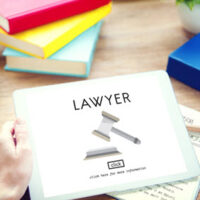 After an incapacitated woman rammed her Mercedes into another driver, her strategy for convincing him that there was nothing to worry about was to tell him he was dreaming the whole thing.  Unfortunately, her words did nothing to soothe the pain in the man’s injured ankle and foot, and he was quickly hospitalized.  Meanwhile, the Mercedes driver was arrested for driving while under the influence of drugs.  It was yet another case of a serious accident resulting from a driver who chose to get behind the wheel while impaired.  If you or a loved one has suffered a similar fate, the assistance of an experienced Florida personal injury attorney could be invaluable.

Drunk driving fatalities have declined in the past year.  The numbers have dipped by over a full percentage point across the nation, and by more than seven percent here in Florida.  Records reveal that while over 900 people died in DUI incidents in 2016 in the Sunshine State, the number was 839 in 2017.  Things are moving in the right direction, but the numbers are still daunting.

About 30 percent of all fatalities nationwide are due to drunk driving.  The popularity of ride-shares seems to be having a positive impact on the number of drunk drivers on the road.  Interlock ignition devices have played a role, as well:  they have prevented nearly 80,000 attempts to drive drunk in the state over a 9-year period.

While we applaud the progress made in addressing drunk driving, the battle against drugged driving has not made the same kinds of strides.  Nationally, more than four in ten autopsied drivers who lost their lives in a traffic collision had some level of drugs in their systems. The number one drug found: marijuana.  In Florida, one report notes that of 164 vehicle collisions, 26 involved marijuana use. One expert points out that this is only a piece of the problem.  Opioids, both legal and illegal, have contributed to numerous accidents, as well.

Lawmakers subscribe to a number of methods to attempt to reduce the number of tragedies related to impaired driving in the state:

If you or a family member has been the victim of an accident involving an impaired driver, the results may be catastrophic in many ways.  Dealing with the aftermath of serious injuries or death can result in depression, anger, frustration, and serious psychological distress.  The pain and suffering you endure can be immobilizing. That’s why you need the experienced local team at the Salazar & Kelly Law Group, P.A. working for you.  Contact us in Kissimmee today to schedule a confidential consultation.

By Salazar & Kelly Law Group, P.A. | Posted on April 2, 2019
« Challenging Eyewitness Testimony in Court
If You’ve Been in a Rear-End Collision »