It’s a DUI, Even if you’re Driving a Lawn Mower! 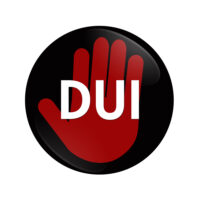 When Haines City police officers heard a loud commotion outside of a local business, they hurried outside to see what was going on.  There they discovered that Gary Wayne Anderson had inadvertently struck their police cruiser while riding his lawnmower.  That’s right:  the 68-year old had been on his riding lawn mower, towing a cart behind him, when he crashed into a parked police cruiser.  The police vehicle suffered minor damages, but Anderson denied causing them.

Anderson veered between belligerence and uncontrollable laughter during the course of the field sobriety test, which he was unable to complete successfully.  He admitted to being drunk after having consumed a pint of wine.  Unable to maintain his balance, he demanded to be taken to jail.  Then he claimed that the arresting officers had poisoned him, and he requested to be hospitalized.  Officers took him to a local hospital, where a blood draw revealed a .241 percent BAC, along with cocaine.

Ultimately, Anderson was charged with DUI—having been driving a motorized vehicle at three times the legal limit in the state—and refusing a Breathalyzer.  It was not the first time he’d been arrested on DUI, with two prior convictions.  He wound up in jail, and his mower was towed.

Under Florida law, a first conviction with a BAC (Blood Alcohol Concentration) over .08 percent could result in a fine of up to $2000, and a BAC of .15 percent or higher could result in a fine of between $2,000-$4,000. In addition to fines, a minimum of 50 hours of community service is mandatory in Florida for first-time DUI’s only.  Many attorneys are unaware of this and allow uninformed State prosecutors and Judges to impose unnecessary community service in their clients’ cases when charged with subsequent DUI’s.

An offender may experience incarceration and probation of up to twelve months for a first time DUI in Florida.  In some cases, one may expect imprisonment and/or a term in a treatment center for as much as 6 months for a first time DUI or 9 months or longer on a second or subsequent DUI.  Furthermore, one may lose driving privileges, or have one’s car equipped with an Ignition Interlock system.  Penalties most always increase with subsequent convictions of DUI so a knowledgeable attorney is a must.

In Florida, there is an implied consent law.  This means that whenever you’re driving, you’re automatically consenting to a Breathalyzer, urine, or blood test if an officer requests one.  That being said, an officer cannot compel you to submit to a test against your will.  Before refusing, however, consider the consequences of saying no:

The defense for DUI may be a matter of attempting to mitigate the worst of the fines and incarceration times, and allowing a modified driving schedule so a defendant can maintain a work schedule or it may involve a lengthy trial with numerous expert witnesses.  A thorough examination of the police report will guide your legal team.  In the event DUI testing was refused, attorneys will look for reasonable defenses of a defendant’s decision.  Whatever the case, every defendant deserves a vigorous defense in the eyes of the law.  At the Salazar & Kelly Law Group, P.A., that is precisely what you will get.  Contact our Kissimmee criminal lawyers today to schedule a confidential consultation.

By Salazar & Kelly Law Group, P.A. | Posted on December 12, 2019
« Understanding Your Miranda Rights
Medication Errors Rampant: Is Your Loved One at Risk in a Florida Nursing Home? »