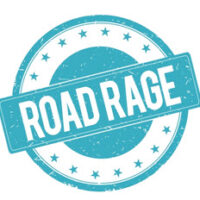 A man from Georgia was recently arrested for shooting at another vehicle while driving on the Florida Turnpike in Orange County. Kent Elkins, 52, was driving with his wife in their Chevy Equinox around 3:45 in the afternoon when a Mazda SUV driven by Reynold Sheltra, 48, and his family attempted to pass. Elkins supposedly rolled down the driver’s side window and fired a gun at the Mazda. The vehicle was not hit and none of the occupants were injured. However, Sheltra called the police and Elkins was stopped in Osceola County within 30 minutes. Officers found he had a loaded handgun in his vehicles. He was arrested and charged with numerous offenses, including improper display of a firearm and aggravated assault with a firearm.

A study by the AAA Foundation for Traffic Safety found nearly 80 percent of drivers express significant anger, aggression, or road rage while behind the wheel at least one in the previous year. This finding is quite alarming considering how dangerous road rage can be.

More specifically, the AAA uncovered the rate of occurrence for certain aggressive or violent acts:

Everyone can become aggravated or upset while behind the wheel. Traffic and poor drivers can be frustrating, particularly when we see their poor behavior as intentional. However, there are times when a driver’s response to conditions on the road are disproportionate and violent. Road rage is overly aggressive and angry behavior by a driver that can include rude gestures, yelling, insults, threats, hostile driving toward another driver.

This type of behavior increases the risk of car accidents and violent confrontations like the one described above. This in turn raises the risk of traffic-related injuries and fatalities.

On most days, road rage is annoying and dangerous. It can upset people, lead to property damage, and even cause car wrecks that create civil liability. But sometimes road rage goes even further and a person’s behavior becomes more than negligence or reckless, it becomes criminal. When one driver yells at another, intentionally maneuvers his or her vehicle to collide with another car, or gets out of his or her vehicle to confront someone else, this can amount to assault and battery. More serious actions can amount to aggravated assault or attempted manslaughter.

While it seems like some of these offenses may be minor misdemeanors, many road rage behaviors quickly escalate to felonies, which can lead to years of imprisonment.

If you have been charged with a crime related to road rage, contact the experienced criminal defense lawyers of Salazar & Kelly Law Group, P.A. in Kissimmee at 407-483-0500. We will review your situation in detail and advise you on your rights and defense options.