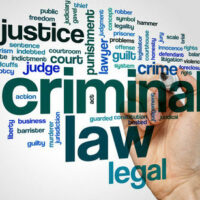 On September 19, Florida teen Kaleb Rabun was stabbed and killed. According to reports, Rabun and two of his friends intended to set up a drug deal with Justin Seale, 20, and then to rob Seale during the encounter. However, it appears there may have been an altercation and Rabun left Seale’s car with knife wounds to the chest. Rabun was found in a vehicle outside of a Stonebrook Apartments building in Sanford, Florida. Seale was immediately arrested in September and faces murder charges. He was originally charged with first-degree murder, however the judge lowered the charge to third-degree felony murder. A month later, one of the friends, Jamel Rohan Berry, 16, was arrested and charged with murder during a specific felony.

Under Florida Statute Section 782.04, murder constitutes the unlawful killing of a person when committed by an individual engaged in or attempting to perpetrate certain felonies, including robbery, which constitutes the taking of money or property from another person, with the intent to deprive the owner of that money or property, and through the use of force, violence, assault, or creation of fear in the victim.

It is also felony murder if it takes place during any of the following:

When a murder is committed during a felony, though the offender had not intended to cause the death, then the crime is typically charged as third-degree murder, which is a second-degree felony. This offense is punishable by up to 15 years in prison, 15 years of probation, and up to a $10,000 fine. Without other mitigating factors present, the judge must sentence a person convicted of third-degree murder to at least 10 1/3 years in prison.

However, it can also be classified as a first-degree murder, which is punishable by life in prison or the death penalty.

If someone is charged with a felony murder, then it is essential that they obtain an experienced and skilled criminal defense attorney who has handled murder cases before. There are many defenses available to felony murder, but those that are most useful depend on the exact circumstances of the case and the prosecutor’s evidence. An experienced attorney can analyze all of the details of the case to determine the strongest possible defenses.

Some of these possible defenses include:

Additionally, an attorney can fight for the minimum consequences upon conviction. They can present evidence during trial that may influence the judge to be lenient during sentencing. Or, they may recommend negotiating a plea bargain with prosecutors.

If you have been charged with a murder offense in Florida, contact the Orlando criminal defense attorneys of Salazar & Kelly Law Group, P.A. as soon as possible. We are available to speak with you regarding your case as soon as possible. Contact us online or call 407-483-0500 to schedule a consultation.