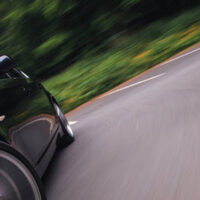 Witnesses observed a pickup truck speeding in Delray Beach, erratically veering around traffic, before it smashed into the back of a van that was stopped prior to making a turn. All four people in the van died. Four individuals were in a third vehicle that was hit, but they escaped with just injuries.

Florida law is unambiguous with regard to speeding. Posted limits are to be adhered to, although prudence is required and slowing down is expected when weather conditions are hazardous (316.183).

Driving Fatalities are on the Rise

More and more people are dying in traffic accidents every year. That fact holds true across the country, where nearly 30,000 lives were lost last year. More than one-third of them were attributed to speeding. The rate of increase is an astounding eight percent annually. Some experts surmise that increasing death rate might correlate with the number of vehicle-miles travelled. But that number is rising by only three percent each year. So what is the explanation for the alarming rise in traffic deaths?

Analysts point out that the most common place for fatalities to occur is on straight, wide roadways, where speeding is common. And studies indicate that when accidents that occur while traveling at 25 miles per hour, people survive 90 percent of the time. Here’s what else we know about speeding:

What Makes Speeding such a Serious Issue?

Speeding itself has some obvious perils:

Furthermore, according to the National Highway Traffic Safety Administration (NHTSA), drivers who speed generally participate in other dicey driving behaviors, as well. That might include using a telephone or failing to buckle up.

Paying the Price for Speeding

All too often, innocent people wind up paying the price for other drivers’ reckless decision to speed. If you or a loved one has been seriously injured due to a speeding accident, contact the veteran accident attorneys at the Salazar & Kelly Law Group, P.A. in Kissimmee, Orlando, or Altamonte Springs for a free, confidential consultation today.