When Being Drunk Becomes a Crime in Florida: Disorderly Intoxication 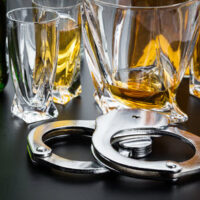 Once you are 21 years old, you have the privilege to purchase and enjoy alcohol whether in your home, at a party, or at a bar or restaurant. However, there are limits to this privilege under Florida law. If law enforcement officers encounter you when you are intoxicated in public, you may be committing a crime. If you are arrested for an alcohol-related offense, from disorderly intoxication to a DUI, contact an experienced Orlando criminal defense attorney for help immediately.

For you to be convicted of this offense, the prosecution must prove you are intoxicated. Having had one or two drinks is probably not enough. Instead, you must have had so much to drink that you lost normal control of your physical and mental faculties. In the simplest terms, you must be clearly drunk at the time of the incident.

Prosecutors must show that you were in a public place. This is anywhere other members of the general public may be, such as outside of a bar or on a local public bus. If you were on private property, whether it is your own, a family member, or friend’s property, you cannot be convicted of this crime.

Prosecutors must prove that you either endanger the public or cause a public disturbance. Public endangerment and disturbances are high standards. Merely being loud, swearing, or causing a scene is not enough. Simply being part of an embarrassing scene outside of a bar does not mean you disturbed the public or put anyone in danger. However, brandishing a knife while you yell and swear would likely be considered public endangerment.

If you are charged with disorderly intoxication, then you face a second-degree misdemeanor. If convicted you can be sentenced to up to 60 days in jail and fined a maximum of $500. However, with the help of an experienced attorney, you may be able to avoid jail time. Your lawyer may seek leniency on your behalf and obtain you probation, house arrest, or other alternative punishments.

Disorderly intoxication requires prosecutors to prove a number of elements beyond a reasonable doubt. This gives you and your criminal defense attorney numerous ways to defend you in court. Some defenses include:

If you have been arrested and charged with disorderly intoxication, you need to take this situation seriously. It may be a misdemeanor offense, but if convicted, you will have a permanent criminal record. This type of offense can hold you back in school and your career. To avoid a conviction, you need to work with an experienced and aggressive criminal defense attorney. Our team at Salazar & Kelly Law Group, P.A. in Kissimmee is here to help. Call us or contact us online to schedule a consultation.