FBI Releases US Crime Statistics for 2016 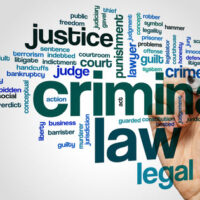 How the FBI Collects Data

More on US Crime Levels

The FBI data does more than provide an overview of crime in the nation. It also includes state-level information. In Florida in 2016, there were 85,327 total estimated violent crimes. These broke down as:

The FBI data also enables Kissimmee citizens to take a closer look at local crime levels. In Kissimmee in 2016, there were 508 violent crimes. There were no murders or non-negligent manslaughter offenses, but there were 47 rapes, 114 robberies, and 347 aggravated assaults. There were also 2,670 property crimes, which included 585 burglaries, 1,955 larceny/theft offenses, and 130 vehicle thefts.

Have You Been Charged With a Crime?

If you have been charged with one of these offenses in Florida or any other misdemeanor or felony crime, you need to work with an experienced and trusted criminal defense attorney. At Salazar & Kelly Law Group, P.A., we are here to help. We have years of experience defending against myriad types of crimes. We will thoroughly investigate your situation, analyze the evidence, and work with you to determine the next best steps. We may fight for the charges to be dropped or reduced, negotiate a plea bargain, or fight for your exoneration while also working to minimize the consequences of any potential conviction.