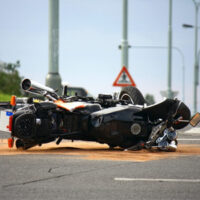 As a young Florida father made his way home from work on his motorcycle, he could never have imagined that he’d be killed in a hit and run accident that would take his life.  According to witnesses, the driver of another vehicle cut the motorcyclist off and collided into him, only to speed off without bothering to check on his injuries.  That same driver continued on to cause yet another collision blocks away, overturning his own car, and was ultimately arrested.  If you or a loved one has been involved in a motorcycle accident caused by another driver’s recklessness or negligence, having an aggressive personal injury attorney fighting for your rights could be a smart move.

Riding a motorcycle affords one a certain sense of freedom that commuters can’t get any other way.  It’s no wonder so many people take to the roads on their bikes across the Sunshine State!  But with that freedom comes a lack of protection provided by other motor vehicles.  Additionally, motorcycles are less visible than cars and trucks on the open road.  These vulnerabilities, along with road and weather conditions, make riding a motorcycle more dangerous than other forms of travel.  The national statistics back this up.  Consider a 2017 study:

The data on helmet use tells a significant story,  Nearly 2,000 individuals are still alive today after having experienced a serious accident; another 700+ might still be alive had they chosen to wear a helmet.  The fact is, simply wearing a helmet can improve a riders chance of surviving an accident by 37 percent.  It seems worth the trouble, doesn’t it?

If you have been involved in a serious motorcycle accident, or know someone who has, you know the financial costs are outweighed only by the physical and emotional ones.  At Salazar & Kelly Law Group, P.A., our Kissimmee motorcycle accident attorneys understand what you’re going through, and are prepared to help.  It’s entirely possible you are entitled to compensation.  Contact our office today for a free, confidential consultation.

By Salazar & Kelly Law Group, P.A. | Posted on May 22, 2020
« Looking for a Cybercrime Defense?
Law Enforcement Officers Need Protections, Too »